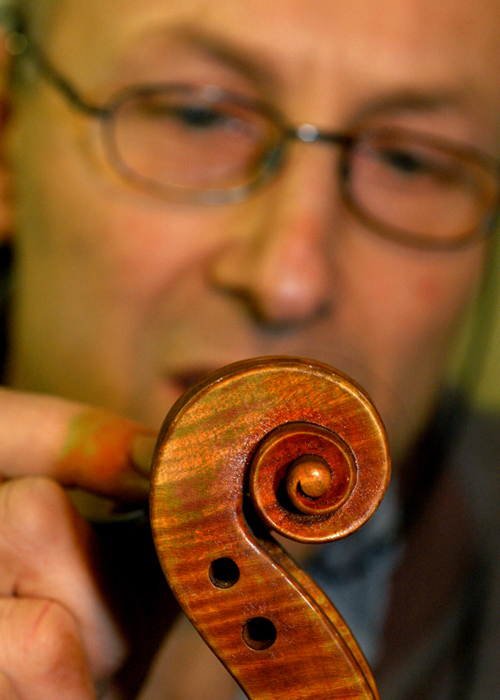 Roger Hansell, (born 1960), is a renowned British luthier. His reputation has developed over many years for the making of exceptional copies of historic instruments.

Roger studied Fine Art under Patrick Reyntiens and Cecil Collins at the Central School of Art in London. He was inspired by their teaching which stressed the importance of craftsmanship in art and this principle can be traced throughout his work. After beginning his career in Italy, he has been based in North Yorkshire, England where he runs the prestigious firm of Roger Hansell Violins.

His instruments are in the hands of many influential players including Moray Welsh, Alexander Baillie, Angus Ramsay, Michael D'Arcy, Pavlo Beznosiuk and Mario Tubert, as well as members of the Fitzwilliam Quartet and countless professionals in the UK and abroad.